On my arrival at St. Margarets I was allocated a room in a staff house, my memories of that time are slightly hazy but I think there were four of us. There was a small kitchen but we were expected to eat in the school refectory. It was an exceptionally cold winter and I was glad of my gas fire. The teacher I became friendly with was Yvonne. St Margarets was a very establishment kind of place, so different to the environment I had just come from. Yvonne was Australian and very irreverent. You can have little idea in these cosmopolitan days just how exotic it was to meet an Australian. People couldn’t travel in the wartime so we didn’t often encounter people from other countries.A very bad drawing I made of Yvonne in the staff house

My first meeting with my future pupils was on the day they arrived back at school. Most of them arrived in cars accompanied by their parents and often siblings. That was my first encounter with the networking system of a certain class of people. I could hear their conversations ‘ How is Felix getting on at Eton?’  ‘Lucy is coming out this year, of course it isn’t like it used to be in my day’ ‘I hope George will get some hunting at the New Year’ it was an interesting strange world to me. All the teaching staff had to do other supervisory duties. My first duty was to go up to one of the dormitories to check that each girl had the right kit. They had to lay it out on the bed like the army. I had to go with my list ‘Four regulation pairs of knickers?’ ‘Yes, Miss’ ‘Three bust bodices?’ anyone else would have called them bra’s…and so on. The parents seemed to be a mixture of well off manufacturers e.g Smedley… plus another canning baron, high up members of the C of E and minor aristocracy, I had Gay St Aubin in my class from the family whose ancestral home was  St. Michael’s Mount. Corsham had had it’s fair share of the upper middle class but they were mostly children of intellectuals and artists this was another layer from a different background.

Well how does this relate to art. I have already described the art departments expected contribution to the annual Gilbert and Sullivan. There was a bare ugly wall in the art room. We created a mural to brighten things up. I can remember them producing some good ‘safe’ work, nothing incredibly wild it wasn’t that sort of place. The weaving…yes the weaving…well I think I did a crafty trick, I bought in loads of rather exciting white and ecru textured weaving yarns. I got them to make lots of small three inch experimental samples mounted in white card. They made drawings of textured surfaces and interpreted them in yarn. From these samples they chose one to make the required larger piece of woven cloth. There were four of them taking the Higher School Certificate exam. all four of  of them got distinctions (this is perfectly true) it was naughty of me because I largely kept them away from colour and concentrated on texture and hence they looked rather subtle and sophisticated. I didn’t ever want to do proper weaving again i.e. making cloth but ironically much later, I came to love and make woven tapestry.

Coming back to the duties. Lessons were in the morning and after tea. The afternoon was given over to games. They played lacrosse in the winter and tennis and cricket (!) in the summer. There was always a staff v school match each term…in no way was I going to be able to learn to play lacrosse but they marked me down for cricket. I had seen cricket of course but never played it. I had to go to the nets to practice, I thought I was beginning to get the hang of it. The match came, I was the eighth man…I was preparing for glory WHEN the captain declared at number seven.

At the end of the afternoons lessons we had to supervise homework. One weekend in three we were on duty all the time, this involved taking about thirty or forty children for a walk towards Watford. They had to walk in a crocodile, two by two. In the winter they wore ground length cloaks, quite a sight. On Sunday afternoons you had to be with them as they wrote letters to their family. I seem to remember that certain girls had their letters censored!

There were several weird traditions. One of them was The Games Tea, the captains of all the sports teams invited all the staff to a special tea. At each staff members place at the table they had put special hand painted cards that they thought denoted your characteristics, on mine (amongst other things) was a Lambretta with an L plate, fair enough as I was learning to ride one AND a Hammer and Sickle! Had I let my class sympathies show too much? I think it was because there was an election that year and the school had a mock election…the trouble was that no one wanted to stand for Labour until one girl reluctantly volunteered maybe I gave her a bit too much help! In both school and country the Conservatives won! I still have the card somewhere when I find it I will scan it into this blog.

Pixmore. Robin was living in a bed sitting room and teaching at Pixmore  school…as he had suspected they wanted him for the music more than the art and he took charge of the school choir. It became clear that he would have to choose something that appealed to boys. The Dam Busters film had just come out and it had a rousing march. He arranged the march for the choir and it was clear that it was a good choice. I went to his school concert. 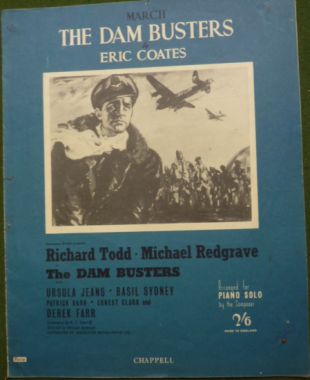 I think he was longing to teach more able children. He did have an outlet however. Letchworth was a planned town built by Quakers. The Quakers believed strongly in workers self improvement and they had built a settlement where there was always education available to those that wanted it. Robin taught weekly art classes there and found it fulfilling. It was a wonderful place with all sorts of high level worthwhile courses. It was run by a man of great insight, called Bryan Groombridge. Bryan was a massive advocate for adult education for the whole of his life. He helped to set up the Open University and the U3A. I have always believed that every town should have such a place. It is my ideal. Beach Creative is our nearest equivalent. The settlement was independent and adequately funded and not expected to run a shoe string. Robin was payed for the sessions that he taught.

The Settlement Letchworth. A wonderful place.

Bryan Groombridge one of my absolute heroes. Read his obit.in the Guardian.

Two grim faces!  Left A drawing I made in one of Robin’s Settlement classes. Right Robin looking decidedly unhappy 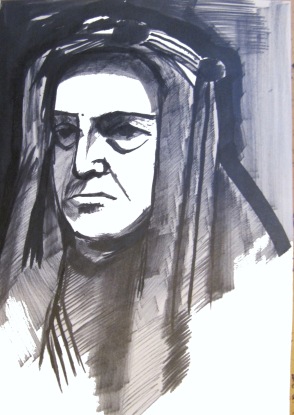