I had thought my career as a tour guide was over!

Betty was very keen for Mamotchka to visit us in Stevenage but Mamotchka was scared of coming to a country where she couldn’t speak the language. It turned out that the Anthroposophists also had a desire to go to the Outer Hebrides. It has a lot to do with early Christianity and the culture of the Celts. Mamotchka agreed to come if we could take her there. Her grandson flew over with her and stayed a few days (she had never flown before). He came to collect her at the end. I planned our trip again and booked the B and B’s.

At our first stop on the way up, by chance, there was a large agricultural show going on. I always forget how traditional and English they are and she loved every minute. You didn’t have to understand the language to see what was going on. I have better photos that I took of her with the sheep which I will have to insert when I find them. 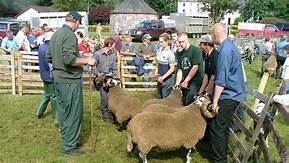 When I am on holiday abroad there is nothing I like better than stumbling across some local event. I accidentally came upon the cake festival in Italy, the Palio in Siena, the open air opera in Rome and Verona, the pilgimage in El Rocio and a Cypriot wedding which drew everyone in. So here I was seeing our own traditions as though I were an outsider. I do like traditional events. I’ve seen the Marshfield Mummers, The Braemar Gathering, the Padstow hobby horse, hordes of Morris men and women, clog dancers and the Ock Street Mayor in Abingdon. I have made lots of images relating to celebrations of all kinds through my life. 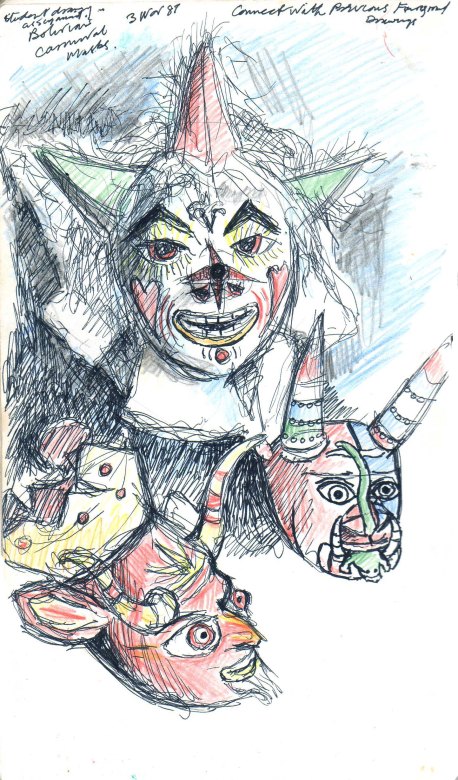 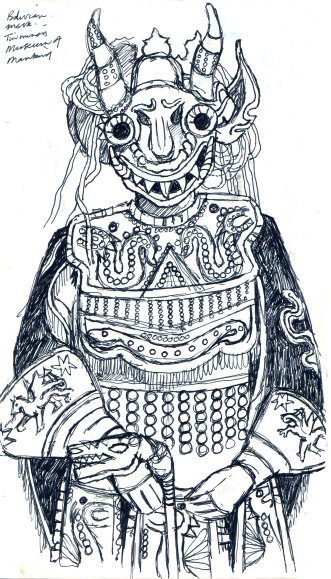 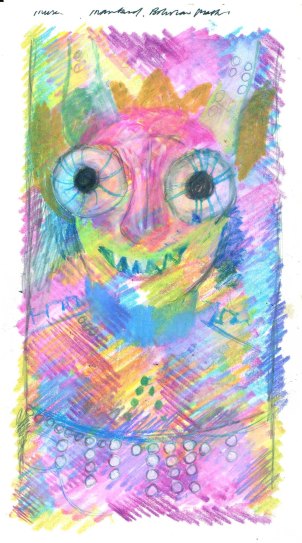 Mamotchka loved everything she saw. Our next leg was a long one to Skye. I had no idea what the BB and B would be like but it turned out to be a gentle, hospitable old couple. The amazing thing was that he was one of the last weavers on Skye. He showed me his weaving shed which was like something out of the past. The cloth he was weaving was fine tweed, very up market but it obviously wasn’t paying. Somewhere along the line someone skims off a fortune but it doesn’t get back to the weaver. 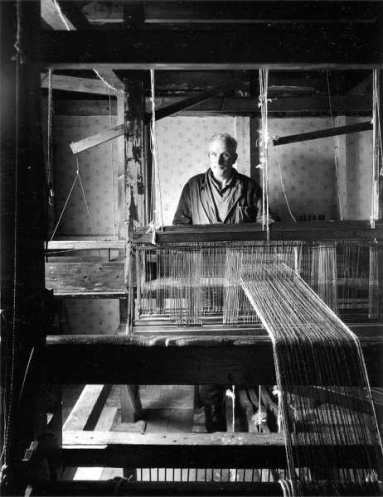 The Scottish breakfast is something else, it was like a great feast. You wouldn’t need to eat for the rest of the day. The small port of Uig was just down the road and we caught the Macbraynes ferry over to North Uist. It was on the boat that she saw the first man in a kilt…she couldn’t believe it, a man in a skirt and she laughed… she had a deep throated cackling laugh. She loved men and must have been an outrageous flirt in her youth and old though she was she could still flutter her eye lashes and charm them.

We landed at Loch Maddy really a small village but nevertheless the main place on the island., we stayed in a nice little house with the local policeman and his wife. They made us very welcome and we had an evening meal with them too. We went up to our rooms then we could hear bagpipes coming from outside, he was also the village piper and it appears that pipers have to practice outside. I loved it, M was a bit bemused but loved his kilt and kept giving him her flirty smiles. He played every night we were there.

North Uist has masses of lakes and inlets, there is as much water as land. It’s great treasure is the machair, the low sand dunes that go down to the sea covered in wild flowers. The beaches are mile long stretches of silver sand. Totally unspoilt and it was unusual to see another person. 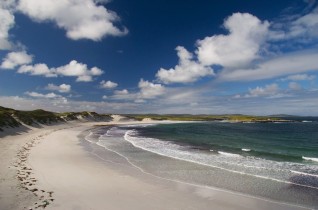 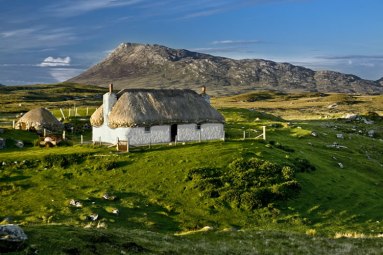 It proved to be a bit of a boon for me because I kept coming across perfectly white, water washed animal skulls. I got a cow and several sheep skulls which I took home with me and used for years, My last one is in my front room. Damien Hirst made the diamond skull. I covered my last skull with sequins and called it The Poor Man’s Damien Hirst! I think after they had slaughtered animals they must have thrown the remains of the animal into the sea. Shades of The Wicker Man! There is a great bird reserve on Uist and we saw eagles and harriers and all sorts of geese and ducks. North Uist is Protestant but South Uist which is virtually joined to it by Benbecula  is Catholic and there is such a different feeling. They seemed very prosperous because they were exporting lobsters direct to Paris and other European cities. 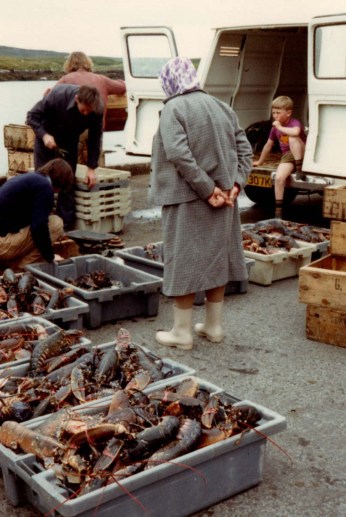