I am an (almost) lifelong socialist. I admire William Morris and his ideas. Today I have been trying to think how I developed my convictions. I was six when the second world war broke out, I benefited from the 1944 education act. It was designed to give working class children a chance to go to a grammar school. I lived in a council house at the very edge of Didcot, only a hundred yards away, across a railway line,, from the village of East Hagbourne. Didcot was largely a town of council houses that had been built in the thirties for workers on the Great Western Railway and in the large Army Ordnance Depot. There were a few privately owned houses but not many. I went to the small church primary school. When we were ten the top class took the scholarship exam for the grammar school, no one had ever been. Much to my surprise I won a scholarship. It must have been because I was hooked on poetry, my arithmetic was terrible (still is) In the interview I was asked if I could recite a poem by heart…of course I could. I gave my dramatic rendition of ‘I must go down to the sea again’ the head master was smiling. I cracked it! We did have to write an essay as well and I enjoyed writing so that must have done the trick.

We had no grammar school, the nearest one was in Wallingford seven miles away. Most of the time I had to cycle to school only later did they lay on a school bus. The sad thing is that I was immediately cut off from all my friends. Of course I made some new ones but they were nearly all from middle class families, they did tend to look down on people from Didcot, I would never have dreamed of inviting them to my home. When I said the ‘almost’ lifelong, I  was remembering the time when I belonged to a debating society and I always seemed to be representing the right wing view, Looking back on it now, there was some snobbery in it, most of my school friends belonged to the Young Conservatives. I suppose I wanted to put forward my credentials. In reality I didn’t like the feeling of us and them and my sympathies were with the families that I knew and loved around me at home.

It soon emerged that I was the ‘go to’ person for posters and cards and that chimed with my feeling that we should do what we can for the common cause. If everyone thought this way how much easier life would be. I am always struck on the local Facebook pages by the number of people who expect things to be done for them without ever volunteering or even thinking that they should contribute something.

I liked playing with the colour and overlapping letters in this one, There is often a dosappointment i.e the colours look good on the brightness of the screen but muddy when printed on paper.

I have never had a graphic design course so my efforts with Photo Shop are probably rather simplistic but I knew a bit more than most people (with the exception of Nick Godsell) So I have done rather a lot over the years, if I have time I enjoy the process.I have upgraded my Photoshop twice but I still prefer my very old version.

I knew what I wanted for the radio drama poster, the old transmitter from Daventry, I associate them with listening to the radio as your only form of entertainment before TV   ‘This is Daventry calling’

I’m getting better at readable print, it really bugs me on posterts when the print is put on a background colour that means you can’t read it.

This was the second Sketch Jam session and it really pleased me to be able to include some of the drawings that had been made in the first one.

This was fairly hard, normally I have a free hand but this time I was following a brief. It involved lots of cutting and pasting. I’m not happy with the readability of ‘drinks, cutting cake. I think I should have darkened the background there and made the lettering white.

I had the matroshka doll on my shelf. I liked the idea of the smaller one coming from inside the other one. Readability…not too bad. 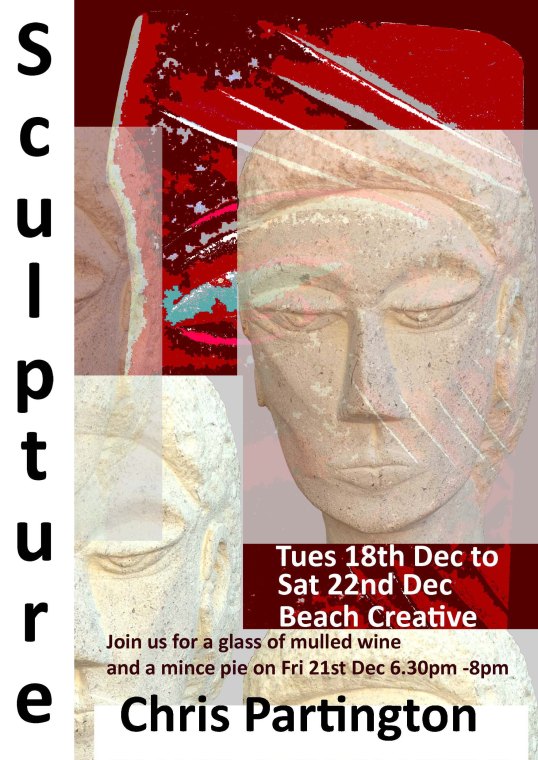 This is the latest one, hot off the press. This is it’s first appearance (I think)

I made all these banners and I have made quite a few more in my time. Because I have made so many my art pieces are often also in the form of a kind of banner. I love to see the historic union banners.